VC, also known as L-ascorbic acid, is an acid hexose derivative and enol hexosyl lactone. VC mainly comes from fresh fruits and vegetables and is an essential nutrient for higher primates and a few other organisms. VC has two isomers, L-form and d-form. Only L-form has physiological function, and both reduced and oxidized VC have physiological activity. 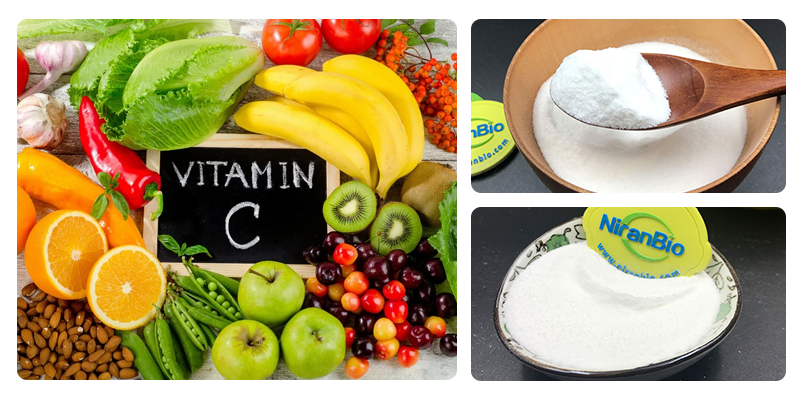 Vitamin C is the most widely used vitamin in the world, which is different from other vitamins. Vitamin C is mainly used by people. Food and health care products account for 95.2% of VC consumption, feed is 4.4%, and cosmetics is 0.8%.

The most classic industrial production method of vitamins is riesler process. The raw material is glucose, and then the product D-sorbitol is obtained by chemical hydrogenation. Then, L-sorbose is produced by fermentation of acetic acid bacteria. After chemical oxidation and ketalization, 2-keto-L-gulonic acid is obtained by hydrolysis reaction, and finally vitamin C is obtained by hydrochloric acid acidification. At present, foreign manufacturers mostly use the modified method, while Chinese manufacturers mainly use the two-step fermentation method which is the first in China to produce vitamin C。

According to the report on current situation investigation and development trend forecast of Chinese VC industry from 2020 to 2026 released by China industry research network, VC, also known as anti septic acid, is mainly used in medicine, with weak periodicity and global demand of about 150,000 tons. VC has natural antioxidant properties, downstream can be used in food, medicine, health care products and feed additives and other fields, mainly food and beverage additives, less affected by the low and peak season, not strong cyclical. On the supply side, the total capacity of VC is more than 200,000 tons, mainly concentrated in China.

In terms of export, the annual export volume of VC in China increased year by year, with 131000 tons in 2016 and 148000 tons in 2017. However, compared with the total domestic production capacity of 200000 tons, the industry still has a serious surplus. Since 2012, the export unit price has been maintained at around us $3.6/kg for a long time, and the whole industry has lost money; in 2017, with the rise of domestic VC prices, the monthly average export unit price continued to rise, and in January 2018 it rose to 7.1 US dollars / kg, nearly doubling the price increase. Future prospects: the global overcapacity of VC is serious, the technical barriers are not high, the entry threshold is low, the price has been hovering for many years, the whole industry has suffered losses, the situation of foreign exports shows that the demand for VC is growing slowly. This round of price rise was mainly due to the tightening of national environmental protection policies, especially the tightening of environmental protection and safety inspection pressure in the provinces around Beijing, Tianjin and Hebei. The fundamentals are still grim.