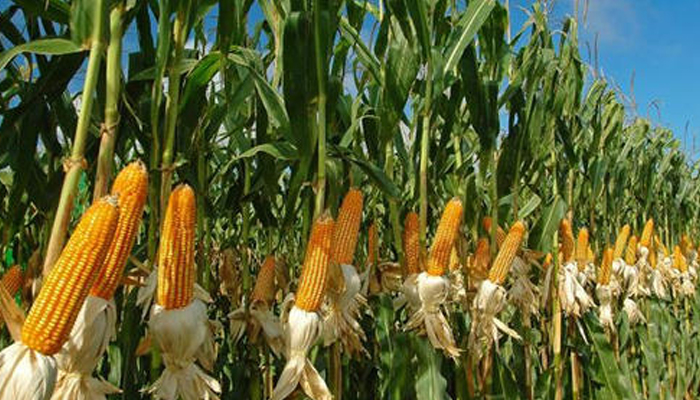 Corn was first domesticated by native peoples in Mexico about 10,000 years ago. Native Americans taught European colonists to grow the indigenous grains, and, since its introduction into Europe by Christopher Columbus and other explorers, corn has spread to all areas of the world suitable to its cultivation. It is grown from 58° N latitude in Canada and Russia to 40° S latitude in South America, with a corn crop maturing somewhere in the world nearly every month of the year. It is the most important crop in the United States and is a staple food in many places.

Corn, or Maize to the rest of the world, has played a very important role in human history — mostly as a food source for humans and animals.

But corn may have an even bigger role to play in our nation’s future, a role that has nothing to do with protein or gasoline. At the National Corn Utilization Conference last week in Indianapolis, some of the top corn researchers in the country were all a twitter about the new potential for corn.

Dr. Mike Ladisch from Purdue, said the next big role for corn will be as a raw material for chemicals. According to Ladisch, “Corn is an excellent source of very pure sugars and starches.”  He said, with the advances we have seen in biochemical and chemical engineering, there are a wide variety of new products that can be made from these sugars and starches. He noted that chemicals companies are not looking at corn as a plant but rather as a biological chemical producing factory capable of producing a large, economical, and renewable source of chemicals raw materials. He added that corn will begin to replace petroleum in many industrial and manufactured products.

Many of these chemical processes will be byproducts of existing corn processing activities. What this does mean is that the value of the corn crop will increase and the importance of corn production in the Midwest will grow.

Many parts of the corn plant are used in industry. Cornstarch can be broken down into corn syrup, a common sweetener that is generally less expensive than sucrose; high-fructose corn syrup is used extensively in processed foods such as soft drinks and candies. Stalks are made into paper and wallboard; husks are used as filling material; cobs are used directly for fuel, to make charcoal, and in the preparation of industrial solvents. Corn grain is processed by wet milling, in which the grain is soaked in a dilute solution of sulfurous acid; by dry milling, in which the corn is exposed to a water spray or steam; and by fermentation, in which starches are changed to sugars and yeast is employed to convert the sugars into alcohol. Corn husks also have a long history of use in the folk arts for objects such as woven amulets and corn-husk dolls.

In the future, the world will be demanding more food, energy, and industrial raw materials, and corn will be able to play in all those markets.