Recently, sugar-free drinks have become the focus of attention, and the topic of drinking sugar-free carbonated drinks is more likely to become fat has attracted the attention of countless people. However, the fact that normal drinks of sugar-free beverages that drink added sugar substitutes are more likely to gain weight or get sick is not supported by any scientific research based on a reliable foundation. The strong rise of sugar-free beverages in the consumer market has become an important role in the beverage market, which is related to the vital rights and interests of consumers, so it is necessary to be wary of those who distort the facts in the guise of "science". 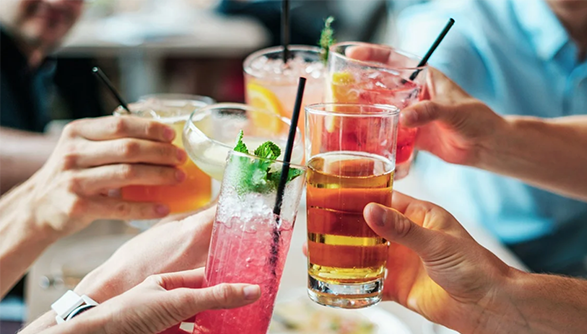 As a food additive that gives food a sweetness, sweeteners provide a viable option for people who love to eat sweetness. Due to its high sweetness, low or no energy, stable process performance and high safety, sweeteners have been increasingly widely used in food and beverages in many countries and regions over the past 100 years. At present, there are many low-sugar, sugar-free foods and beverages that use sweeteners on the market, providing a better choice for consumers who need to reduce sugar and control sugar.

Studies have found that drinking sugar-free carbonated drinks is more likely to gain weight actually points to a psychological phenomenon. A previous study found through long-term follow-up that more people who also drank carbonated drinks drank sugar-free fat and more people had diabetes. But it turns out that if you drink more than a few bottles of sugar-free drinks, even if the sugar is less than the intake of sugary drinks, some of the ingredients that stimulate the appetite in it will still cause you to want to eat other things. In other words, if only drinks are replaced without fundamental lifestyle changes, then the risk of obesity is high. Therefore, what causes drinkers to become obese or diabetic is not the sugar-free carbonated drink itself, but an unhealthy lifestyle. Drinking the same amount of sugar-free beverages, due to lower energy intake, is unlikely to lead to more obese people and less likely to result in more people with diabetes than sugary drinks. 0 calorie 0 sugar drinks are still healthier and safer than ordinary sugary drinks.