Maltodextrin is a low conversion product between starch and starch sugar. White or light yellow amorphous powder on the appearance, no visible impurities, with a special smell, not sweet or slightly sweet taste.  It has a wide range of uses. In 1970, ueberbacher defined maltodextrin as follows: maltodextrin is a product that uses starch as raw material and has a de value below 20% after controlled hydrolysis. The United States is defined as carbohydrate products obtained from hydrolysis and spray drying of corn starch. The definition of China is that starch free starch is made from starch or starch as raw material by enzymatic hydrolysis, refining and spray drying. According to the different de values, the common product specifications are: md10, md15, MD20, etc. 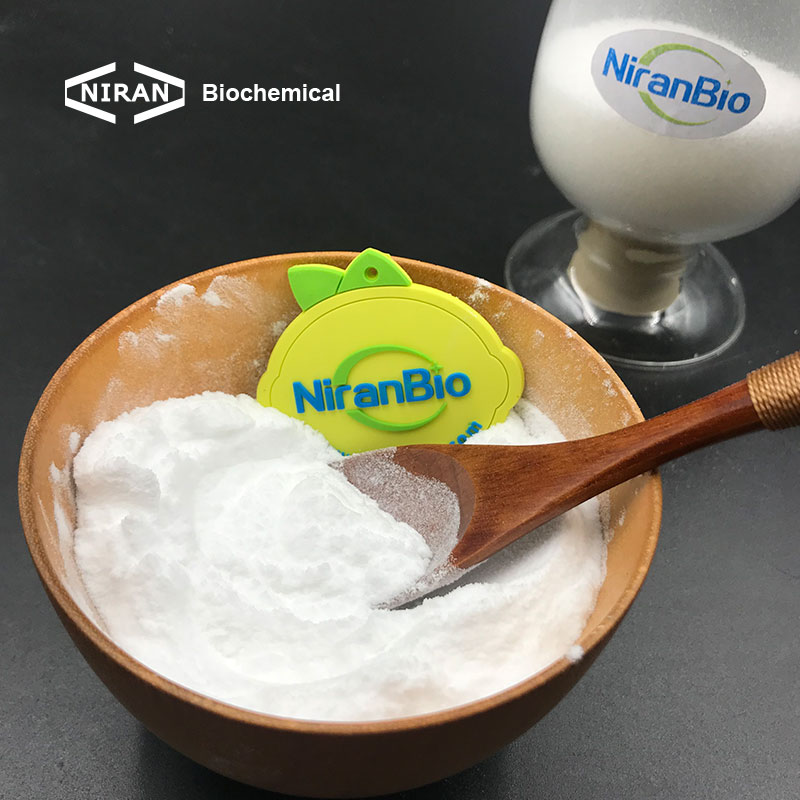 The physical properties of maltodextrin are directly related to its de value, so de value is not only the degree of hydrolysis, but also an important index to grasp the product characteristics. Generally speaking, the higher the degree of hydrolysis of maltodextrin, the greater the de value, the greater the dissolved oxygen, sweetness, permeability, fermentability, browning reaction and freezing point drop of the product, while the worse the texture, viscosity, pigment stability and anti crystallization.

Maltodextrin is a starch-derived food additive that is commonly used as a thickening or filling agent in a range of commercial foods and beverages. It is nearly tasteless but is often described as being slightly sweet. Most nutritional experts consider the substance to have basically a “zero sum” content, which means that it contains very little in the way of calories, vitamins, or other nutrients. It is mostly used to bulk products up and to improve their texture and appearance.

Raw Material of Maltodextrin and its composition:

Its raw materials are starch containing corn, rice, etc., and can also be refined starch, such as corn starch, wheat starch, cassava starch, etc. The main component is dextrin and contains polysaccharides, tetrasaccharides or oligosaccharides above tetrasaccharides, as well as a small amount of maltose and glucose.

Maltodextrin is the hydrolysate of starch with DE value of 5-20. It is between starch and starch sugar. It is a kind of nutritional polysaccharide with low price, greasy taste and no taste. Maltodextrin is a mixture of various de values. It can be a white powder or a concentrated liquid. Good fluidity, no odor, almost no sweetness. Good solubility and moderate viscosity. It has low hygroscopicity and is not easy to agglomerate. It is a good carrier for various sweeteners, fragrances and fillers. It has good emulsification and thickening effect. It can promote the forming of products and restrain the organizational structure of products. Good film forming performance, not only can prevent product deformation, but also can improve product appearance. It is very easy to be absorbed by human body, and is especially suitable as the basic raw material of food for patients, infants and children. It has a good stabilizing effect on the foam of food and beverage. It can inhibit the crystal precipitation of crystalline sugar, and has significant "anti sand" and "anti closing" effects and functions.

The composition of maltodextrin is closely related to its hydrolysis process, starch type and the existence of other components (such as protein, fat, etc.) in starch. Maltodextrins with different DE values have different functions and properties: thickening, gelatinization, reducing product sweetness, changing the freezing point of the system, inhibiting ice crystal growth, replacing fat, reducing heat energy, improving texture, and being used as sprays or drying carriers. Maltodextrin is widely used in food production, and its market prospect is very broad. It is widely used in beverage, frozen food, candy, cereal, dairy products, health care products and other industries, as well as in textile, daily chemical and pharmaceutical production.

One of the most common uses of maltodextrin is as a food additive, where it's used to thicken products. Its virtually tasteless and colorless character makes it an easy — and inexpensive — way to “bulk up” foods like oatmeal, salad dressings, and commercial sauces. Since it doesn't really have any nutritional value, it is often criticized as being something of an “empty” additive. In nearly all cases, the same thickening could be achieved through other, often more wholesome means, but adding the processed powder is a shortcut favored by commercial food preparers all over the world as a way to lessen costs and improve volume.

Maltodextrin, similar to corn syrup, is a nutritious polysaccharide with no taste. It has many unique physical and chemical properties, such as good water solubility, boiling resistance and easy absorption by human body. These characteristics make it used in solid beverage, candy, biscuit, beer, baby food, athlete beverage and other food processing and production. Maltodextrin is equivalent to other types of carbohydrates in providing energy for infants. Maltodextrin is also added to food in foreign countries to improve the nutritional ratio and make it easy to digest and absorb. The role of maltodextrin in the preparation of functional milk powder, especially sucrose free milk powder and infant feeding milk powder has been confirmed.

The compound is also frequently used as a filler in products like sugar substitutes. The white powder often blends right in, and it can stretch the quantity of an item without impacting its taste. On its own, the powder often looks a lot like sugar, so blending in a few scoops is a common way of selling less for more. Maltodextrin is almost always less expensive to produce than more natural sugar substitutes.